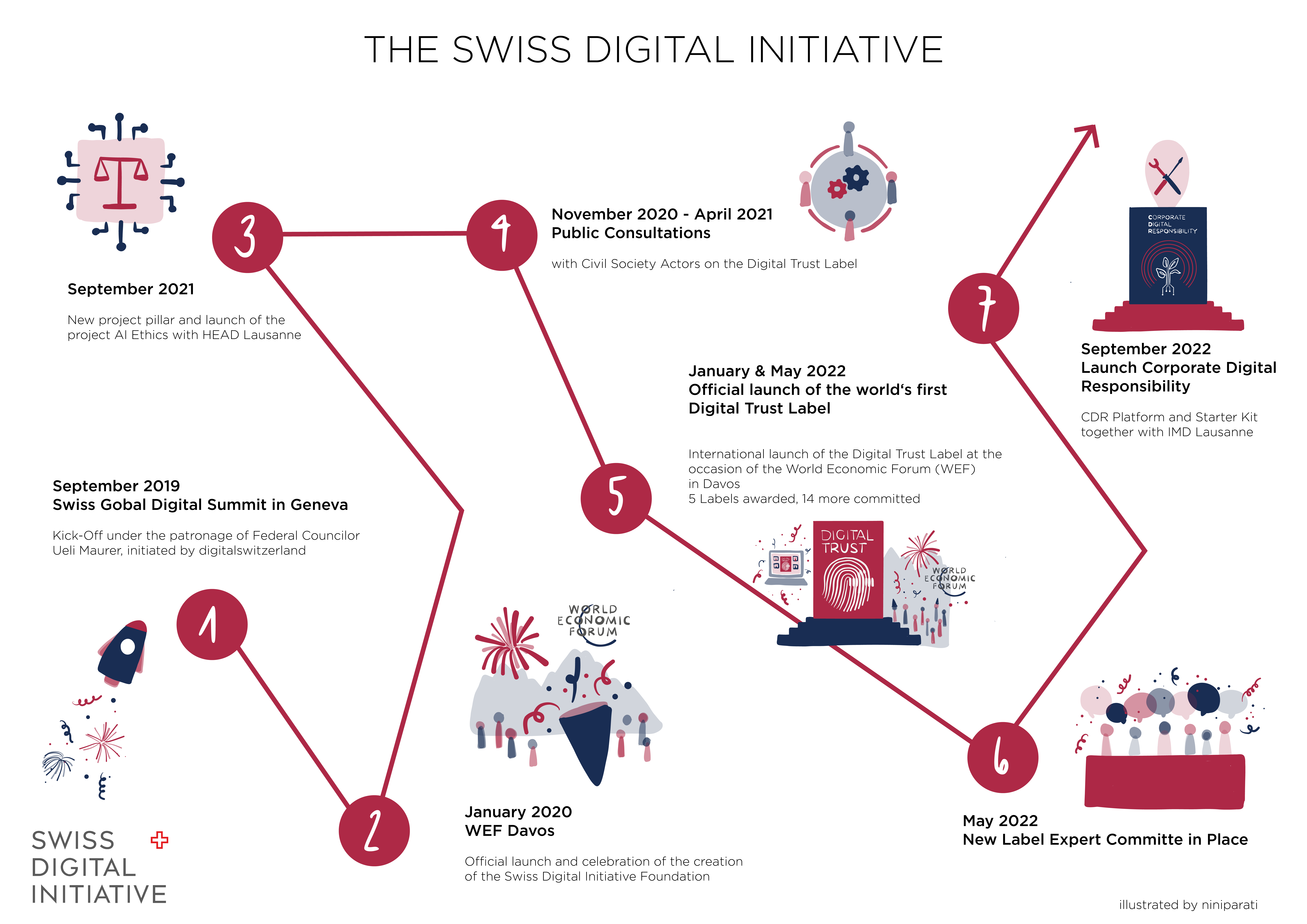 After three years of creating, building and leading the Swiss Digital Initiative, outgoing Managing Director Niniane Paeffgen is handing over the mandate to her successor, Fathi Derder. On this occasion, she takes a look at the history of the initiative, our achievements and reflects on what still remains to be done.

The beginning of SDI goes back to the Swiss Global Digital Summit on “Ethics and Fairness in the Digital Age” in September 2019 in Geneva, which was organised by digitalswitzerland and under the patronage of then Federal President Ueli Maurer. The intention was to draft a “Swiss Digital Declaration” with the idea to create a new “Geneva Convention for the digital world”. 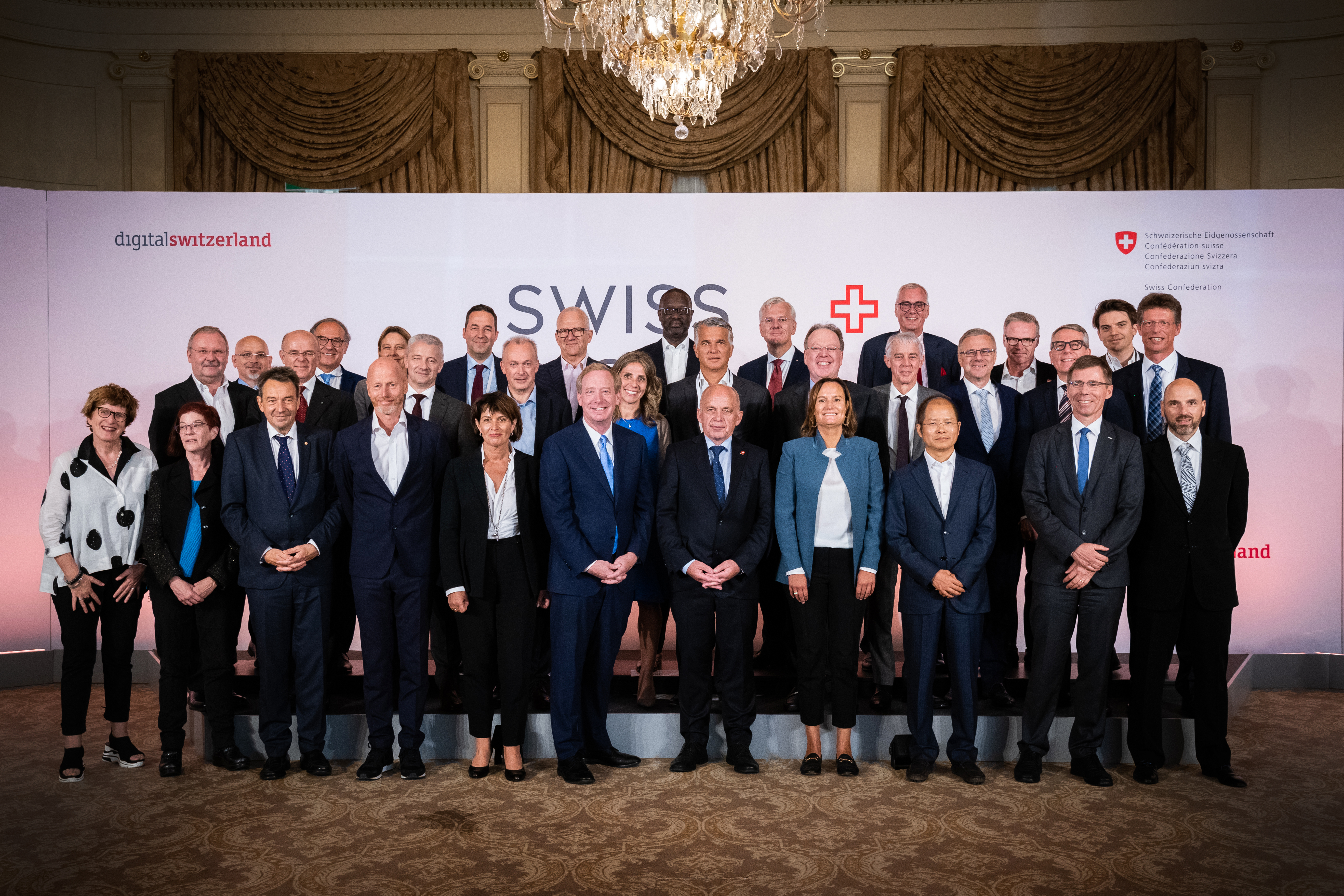 Yet, in the run-up to the Summit and in drafting such a declaration, it was questioned to what extent these principles should be implemented in practice, how compliance with them would be monitored, and what impact another principles document would really have had (in the field of AI ethics alone, 200 different documents existed at that time, today the number must be even higher). Instead of taking the Swiss Global Digital Summit as a single starting and end point, it was then decided to create a long-term sustainable process with the aim to ensure ethical standards in the digital world. The Swiss Digital Initiative Foundation with headquarters in Geneva was born.

In January 2020, the official founding of the Swiss Digital Initiative was celebrated at the World Economic Forum (WEF) 2022 in Davos in presence of Federal Councilors Ueli Maurer and Ignazio Cassis. At the same time, SDI presented its first project, the development of a Digital Trust Label and a trend map by the independent think tank W.I.R.E., which identified strategic areas of action for decision-makers to foster trust and responsibility.

Right after the promising launch, the world went into lockdown. Pushing ahead a new organization, a complex multi-stakeholder project such as the Digital Trust Label and getting funding for the first years of activities, was one of the major first hurdles to overcome for the still very young foundation. In hindsight, the pandemic was also a digitalisation accelerator and a wake-up call for an increased need for digital transformation and literacy in general. At the same time, ethical questions around new technologies arose prominently, as for example when it comes to the question of the implementation of contact-tracing apps: Would it tempt states to increase their surveillance of citizens’ behaviour? How will data protection and privacy be ensured?

We defined the main mission of SDI Foundation as follows:

Many ideas, high expectations and making a mission impossible possible

One of the biggest challenges and at the same time exciting playing field for the SDI, was to implement a new organization and a worldwide first pioneer project, the Digital Trust Label,  from scratch. This with very little financial and human resources .

When the label was just an idea, we were confronted with critical questions almost daily: How do we ensure the credibility of the label? How can we check the criteria? Who says what digital trust is? How can the operational handling of the label be ensured in the long term? The research on existing labels in the analog world, but also in the digital realm, have shown: Building a label is a long-term endeavor, and it can take decades and a high development and marketing budget to build it up and make it known to a larger audience. At the beginning, there is a chicken-egg problem: The users need to know to demand it, the companies only will implement it, if the users want it.

Thus, very quickly I realized: If it would be easy, another organization would have launched such a label long ago. The complexity - legal, organizational, communication, content, financial, governance and operational issues had to be decided - and the involvement of all relevant actors - users, companies, experts and the auditor - often made me doubt. Steering and moving ahead the project - which was simply an idea when we started -,  fundraising and taking strategic and operational decisions, often felt like a mission impossible. Especially in lockdown, in the middle of a pandemic and without direct contacts, it seemed like a huge insurmountable mountain.

During this time, I learned that such a mountain can only be overcome by making smaller steps at a time, and that consistency and persistence pay off. We therefore opted for an iterative approach, tested it and involved all relevant stakeholders. At the same time, you need a strong rope team to overcome the mountain. There were countless allies and supporters along the way, without whom such a project could not have been implemented.

After we as a foundation - analogous to a startup - felt like we were in the death zone many times, we were soon able to record the first "wins" and gain relevant supporters and advocates for the project. This was decisive and marked the beginning of phase two of the build-up.

As the world slowly opened again, SDI moved into the vibrant heart of international Geneva at the Campus Biotech and offices of the Geneva Sciences and Diplomacy Anticipator (GESDA). Besides the main partner EPFL, the foundation Mercator became a decisive partner and supported the inclusion of more civil society actors in the process of developing a Digital Trust Label. The official recognition as implementation partner for the National strategy for the protection of Switzerland against cyber risks (NCS) 2018-2022 was another highlight. 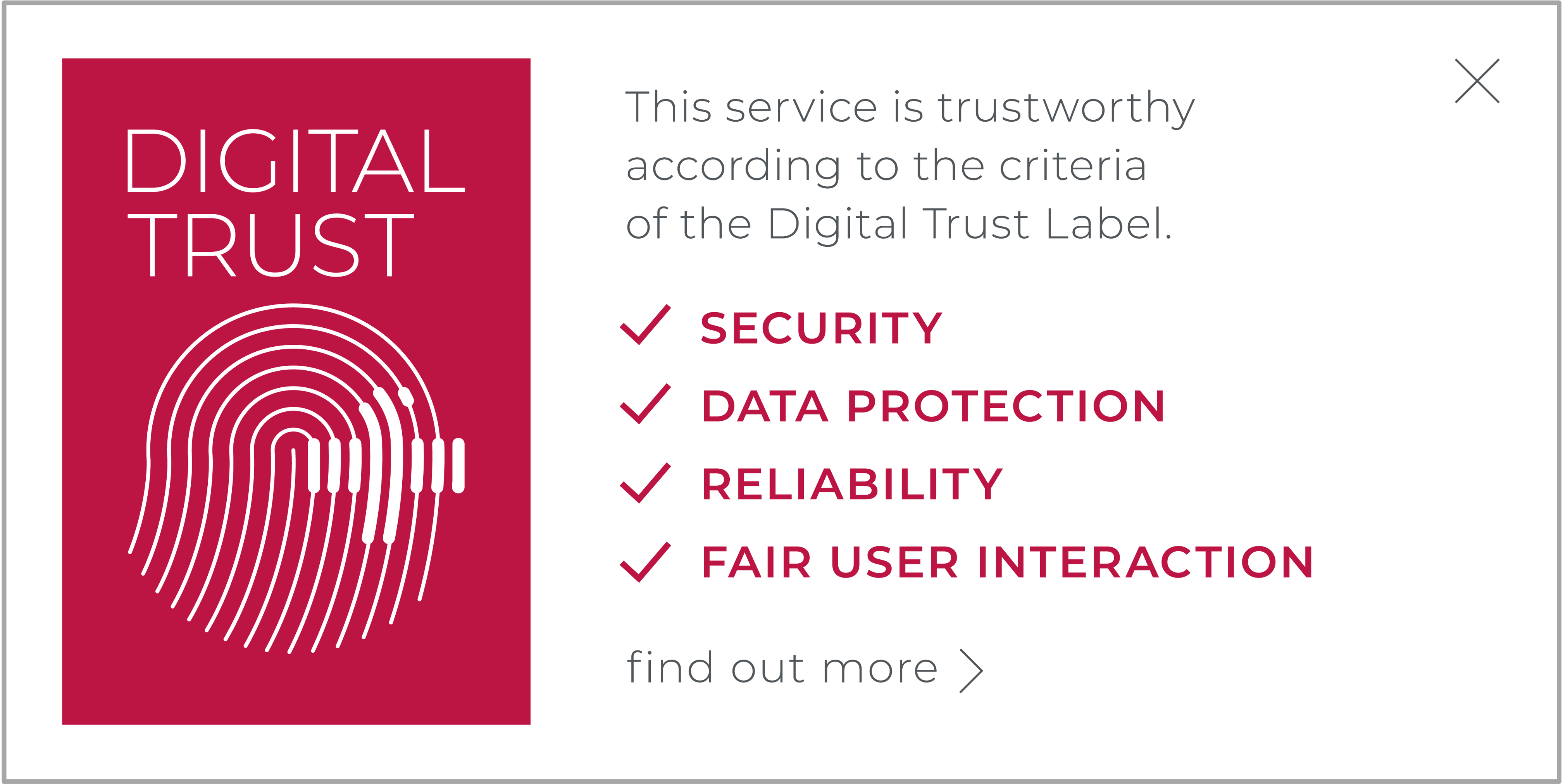 Advocating for the Label and building momentum

The idea of the label attracted increasing interest, gained more traction, and we were invited to many events and workshops to share how this will look like in concrete terms and what we plan to do. Even if the interest of a wide audience is great, convincing the first companies to go with us on this journey and becoming first Digital Trust Pioneers, was a totally different story and truly rewarding. With Swiss Re, Credit Suisse and Swisscom, we had three strong companies, which believed in the mission and were ready to implement the label. Finally, it looked like the work, sweat and blood paid off.

One of my personal highlights was being invited to the St. Gallen Symposium and thus returning to my alma mater, where I had been a student only three years earlier. Together with SDI President Doris Leuthard, we held a session on "Ethics and Fairness in the Age of Digital Transformation" and subsequently collaborated with other executives on a white paper on digital trust. 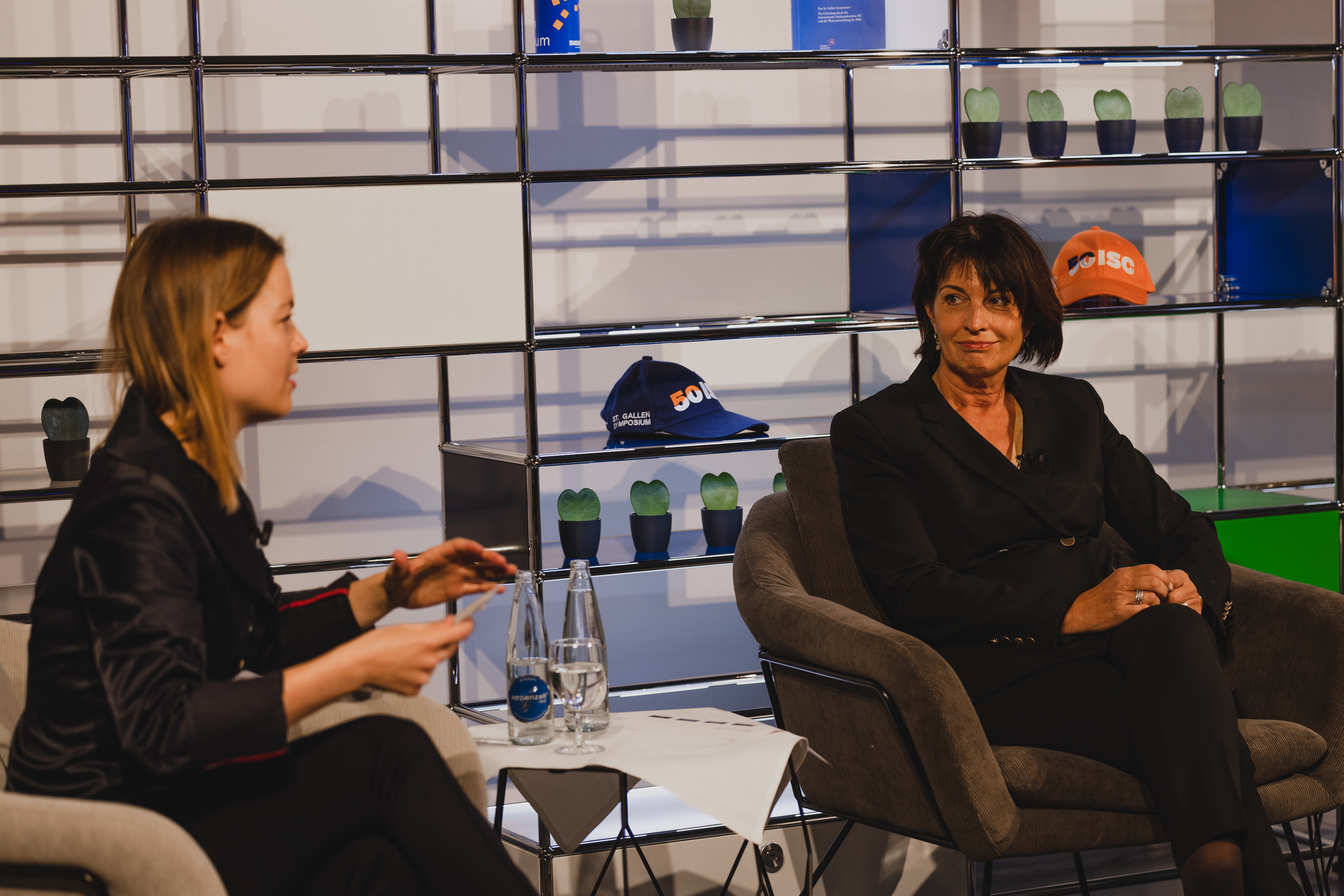 From idea to implementation

Thanks to new partnerships and supporters, a first validated and tested label catalogue, and two new employees, we started 2021 with a new dynamic. The work on the label became more concrete and, based on various user studies, took more and more shape. At the same time, the development of the organization progressed quickly and we launched two new project pillars «AI Ethics» and «Corporate Digital Responsibility in Practice» with the Institute for Management Development (IMD) and with the leading art and design school HEAD Genève (Haute école d‘art et de design). It makes me very proud that until today, we have implemented all three projects within such a short amount of time:

The interactive experience AdFace addresses two issues of concern: targeted advertising and facial recognition. What does your face say about you? Take part in the experiment here: https://adface.swissdigitalinitiative.ch/#/

The Corporate Digital Responsibility Starter Kit allows organizations to understand CDR, find solutions to common challenges and ultimately, start implementing principles into practice. The Starter Kit provides an entry point for organisations of all kinds and sizes and will be continuously developed: https://digitaltrust-label.swiss/corporate-digital-responsibility/

Finally, after a 2 year long multistakeholder process, we were able to launch the worldwide’s first Digital Trust Label for digital services in January 2022 and celebrated this again at the WEF 2022 in May, two years after the formal launch of the initiative in Davos. We promised to implement principles into practice – and we did! The in-person event with our partners, first digital trust pioneers and members of the Label Expert Committee was definitely a reason to celebrate.

The Label can be thought of as a mix between an organic label found on grocery store items and a nutrition fact table, adapted for digital services. First, an external audit partner guarantees and verifies that audited services operate to the highest standards in four categories:Security, Data Protection, Reliability and Fair User Interaction. And secondly we want to give users more information and transparency. This is especially relevant for services, where sensitive data are shared and/or an automated decision-making is taking place (e.g. in HR tools, insurances etc.). We are very proud that renowned organisations are already applying the Label in practice: Credit Suisse, Swiss Re, Swissom, Kudelski, Credex and the HR platform PeopleWeek. With UNICEF, the first non-profit organization is labeling their donation process. 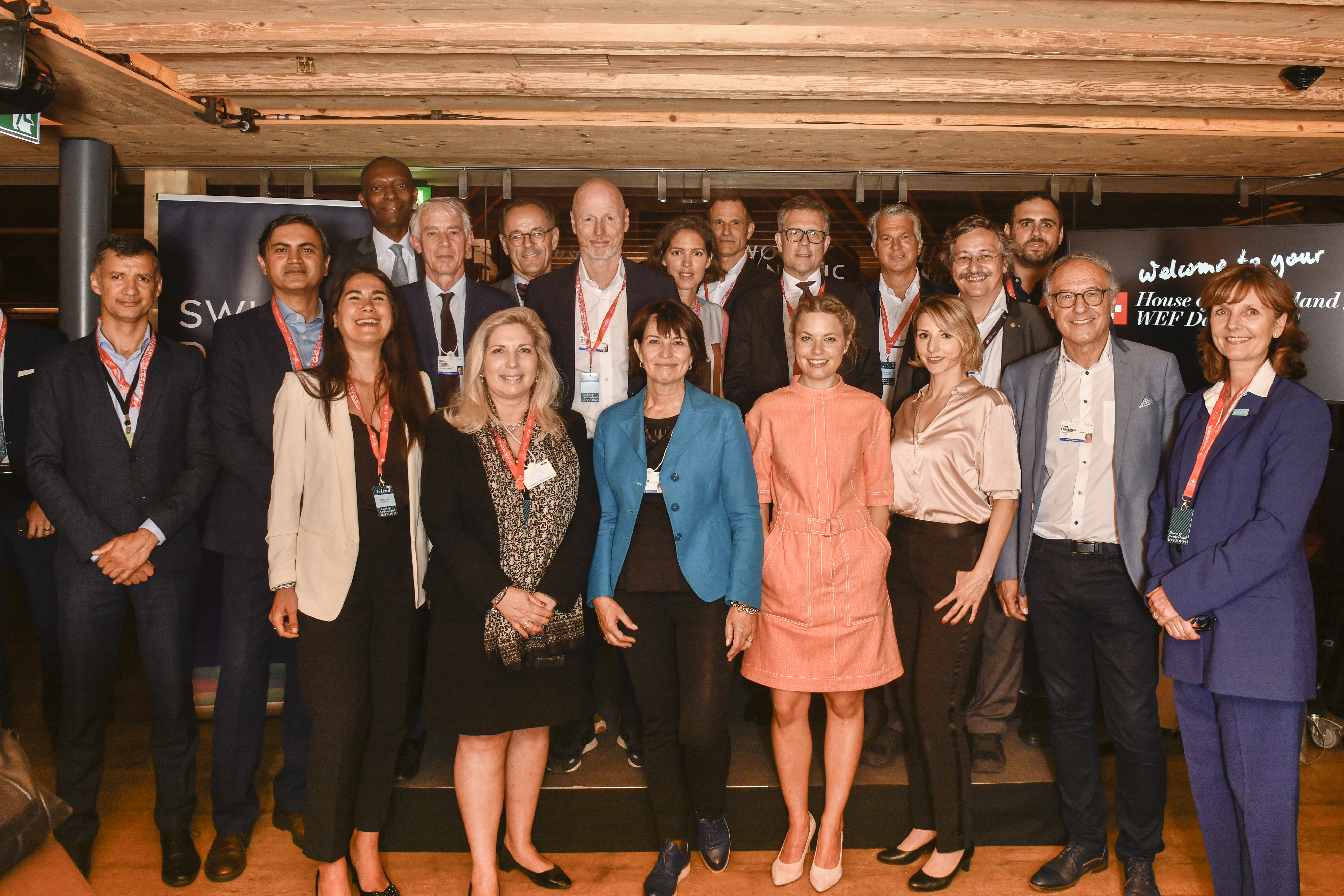 Turning the page: SDI enters into a new chapter

Creating, building up and leading the Swiss Digital Initiative has been a privilege. Today, the initiative stands on solid feet and is well positioned for the scaling phase. I am really proud of what we have achieved in such a short amount of time, with little resources and despite a global pandemic. What makes me most happy is that the team has grown and I really enjoyed working with such highly committed and passionate people towards the aim to foster digital ethics and responsibility.

Digital responsibility is not just a nice-to-have, but a necessity and prerequisite, if we want that technology serves people, that accountability, freedom and liberal democracies are protected. It is becoming apparent that what was previously perceived as a negligible niche topic is becoming a central issue that concerns all actors. I always understood the «raison d’être» of SDI as exactly this: Raising awareness, discussing and finding solutions to balance fast innovation and the responsible use of technologies, in order to harness its potential, foster digital trust and diminishing harm and unintended consequences. New technologies must build and earn our trust.

For now, I am taking a break, time to live, discover, reflect and to travel. I wish my successor Fathi Derder joy and all success in bringing the Swiss Digital Initiative to the next level! 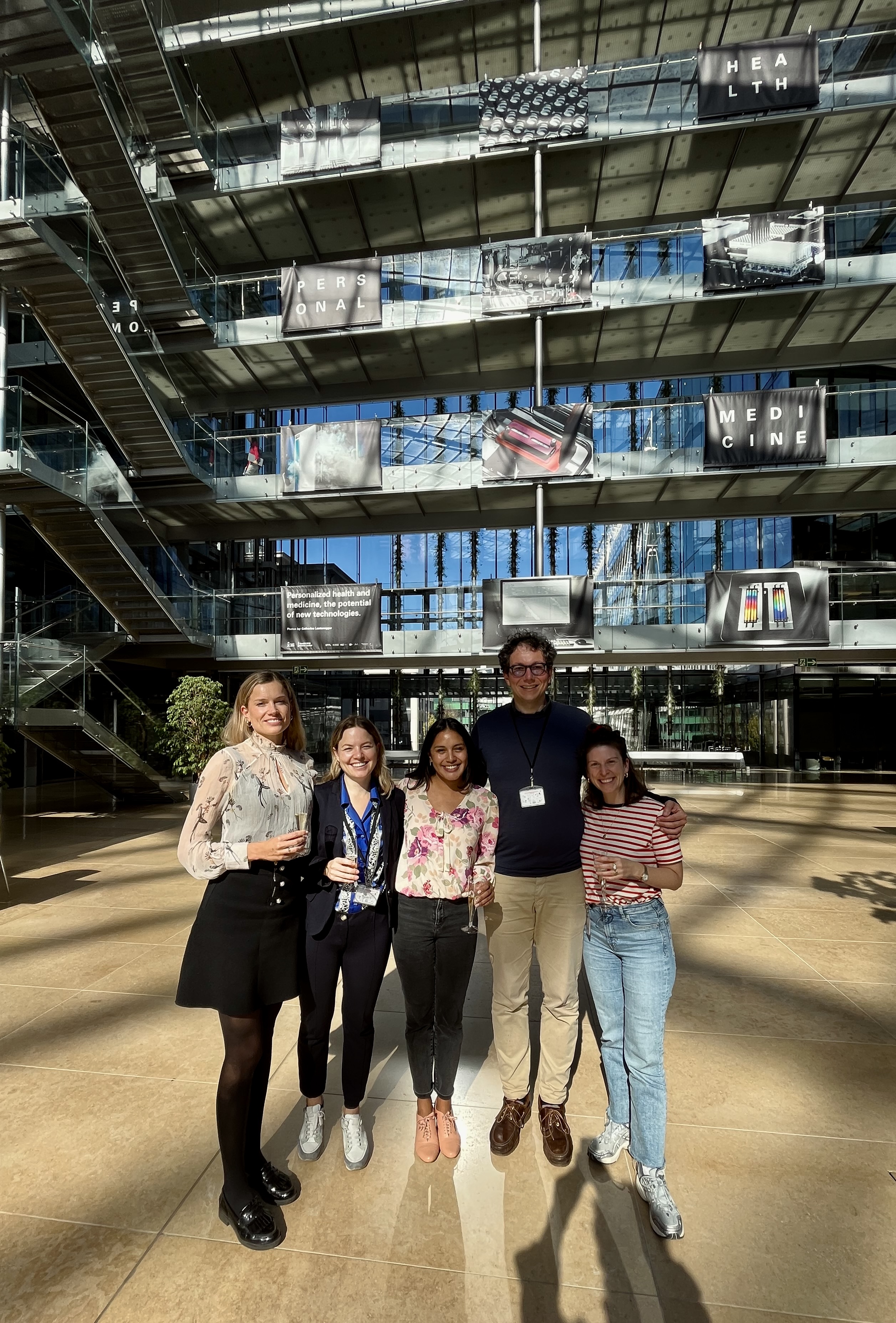